Our Story
Who Are We?
Why Build With Us?

It All Started with a Simple Email...

Pete, our founder, had an idea for an app, but had no idea how to code. So after sketching out the basic idea, he sent a short note to a developer who had previously built something similar asking if he could help him.

Two months later, the app was live and featured by Apple. What had started off as side-hustle became the foundation and inspiration for what Smalkworks is today.

And now it's our turn to be your trusted app development partner and help get that long-simmering idea out of your head and into the hands of mobile app users around the world!

We'll be keeping an eye out for your simple email.

Warm up a room or your social feeds using conversation topics from Smalk—there are over 2,000 to choose from.

Smalkworks is a collection of independent app development studios located around Europe. When you bring your idea to us, we’ll make sure you have the best team for the job. That’s why every inbound lead and screening call goes through Pete, the Managing Partner of Smalkworks.

From there, he’ll connect with one of Smalkwork’s partner studios who will quickly put together a bid for your project that we believe you’ll find to be the perfect mix of high-quality development at an affordable rate.

We are a network of innovative developers, project managers, and product geeks who build amazing apps, both for ourselves and our clients.

When you start your app project with Smalkworks, you can always count on the following:

1) We'll move fast and delivery high quality work. The vast majority of our apps pass the review process on the very first time.

2) You and your team will be treated as VIP customers regardless of the size of your company or project budget.

3) All of our partner studios must maintain high levels of customer happiness to remain in our network.

If you'd like to know more about the way we work, please reach out to schedule a call or receive a project quote. 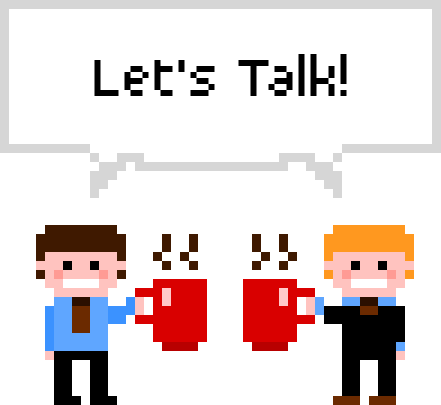